Whilst each of the three building Trades had existed as separate associations for some time, it was in 1741 that they received via an Act of Guildry permission to act together and form the Three United Trades. As pendicles of the Guildry, they required permission from the Guildry on many of their actions.

The main driver of this collaboration appears to have been the economic muscle to get a better collective price when purchasing meal for their members. 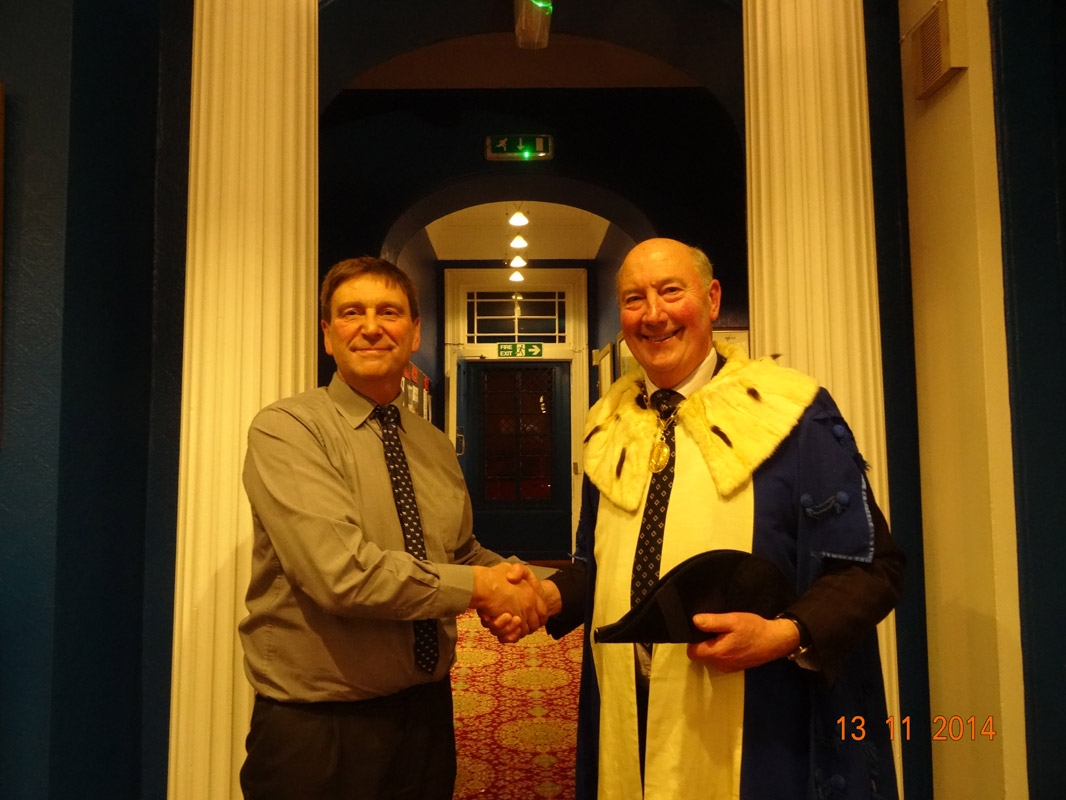 This was purchased collectively, and each of the Trades’ members then paid the central organisation for their share. This however, caused the occasional difficulty, with the individual trades having to make good for any of their members who defaulted on payment. As well as this, a new Poor Fund was set up, even though each Trade arguably had its own mechanism already in place. This Poor Fund did not last long, and surplus funds became distributed to the three separate trades to perform their own acts of poor relief.

As a result, this new fund gained income from charging entry fees to Masters, apprentices, and journeymen, in addition to what was paid by members to their own incorporation. The Head of the Three United Trade is elected by the trades each year. He was originally called a Collector, but this appear to have been renamed early in the nineteenth century to be called a Convenor.

The Convenor was assisted by a paid Officer to do his tasks, although this position became part of the duties of the officer of the specific trade from which the Convenor was chosen. There was also a paid Clerk who was often a Clerk to several of the Trades themselves, and whose office premises were used for meetings.

The treasurer or Boxmaster was an elected official, coming from the three voting trades as well. A position of “Keeper of the Joint Mace” was also appointed. The Convenor today has ermine robes to wear on ceremonial occasions, and from 1830, a Chain of office.

This gold chain is inscribed “Tria Juncta in Uno - Masons, Wrights, and Slaters.” And “The gift of the Three United trades of Dundee, 1830. To be worn by their Convenor”. It was handed over to celebrate 90 years of existence of the Three United Trades, at a meeting in the Session House of the Old Church in March 1830 to mark the annual investiture of the new Deacon. 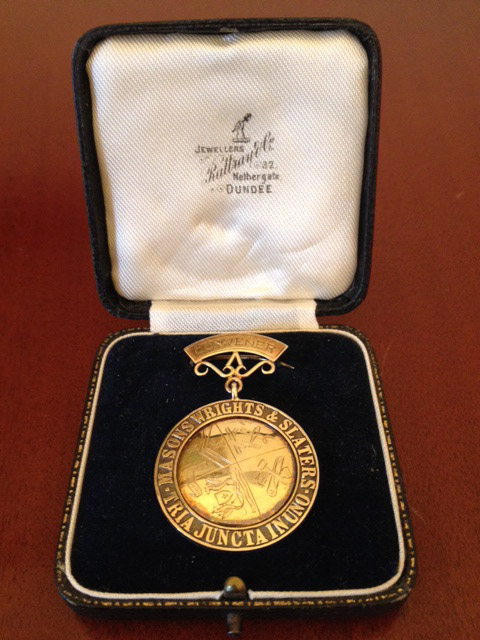 A fee was paid to be a Deacon or Boxmaster of any Trade within the Three United Trades, but a further burden was also imposed upon the Convenor himself, as he had to pay for a Dinner for all of the Three Trades upon his incoming into office.

This burden has shifted over history, with several accounts suggesting the habit was cancelled or voluntary. In more recent times, such a dinner took place as the incumbent left office, although even this practice has now died out. An annual meal still takes place, but with each attendee paying his own way (although sometimes the Wright Trade have generously paid the total dues of the event).

Next: Ownership of Property/meeting places