Anyone wishing to join the Trade as a Master, then had to produce what was called an “Essay” piece - an exhibition piece to show off what they had learned during their training. Whilst the Masons continue this tradition today, this did not always happen in historical times amongst all of the three trades. 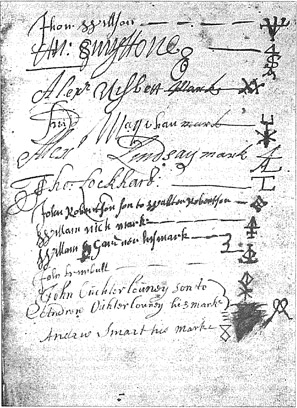 Once having trained to the right level, you had to be able to afford the entrance fee for yourself, and then continually pay more fees to take on apprentices, to taking on journeymen, for every entry in the Lockit Book.

The Trades recognised the family of a Master, in the event of his death by permitting his spouse to become Masters of the Trade if she kept the business going.

In addition, marrying a Master’s daughter was also seen as an easier way to get entry to the Trade, as entry fees for sons and sons-in-law were much smaller, and the test “essay” required was of a lower level. Such Sons and sons-in law did not have to be trained in the Trade to gain such entry.

Next: Dundee's other Trades & Orgs